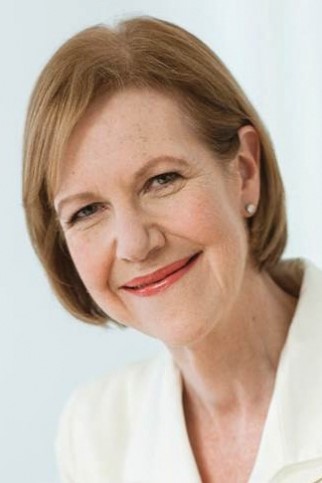 Gayle is recognized as one of the foremost global experts in insights, analytics, business marketing, consumer trends and how these variables translate into concrete revenue growth for client companies. She architects c-suite growth and business outcomes for a wide array of leading advertisers in diverse industries through global, mobile location intelligence uniquely embraced by marketing, sales and engineering.  Fuguitt’s combined expertise as a global insights and analytics leader, creative revenue driver and an early adopter and translator of game-changing technology into business growth drivers, and her award-winning industry results-driven leadership utilizes Foursquare solutions to scalable growth opportunities, enabling the future now.

As CEO and President of The Advertising Research Foundation (ARF), Gayle was the first woman to lead this 79-year-old organization of media-tech analytics leaders across 400 plus member companies. Gayle’s three-year tenure is notable for its historic achievements. She spearheaded original million-dollar research quantifying $31 billion in multiplatform marketing spending opportunities for advertisers to invest, versus discounting.  Industry leaders have designated her research results as “the most important original research in the industry in three decades.” The data Gayle spearheaded is considered so forward thinking it is now being implemented as a viable tool for marketers across all sectors.

As CEO, Gayle’s leadership included the formation of A Women Analytics Initiative while her other efforts forged value-driven connections and strategic collaborations with industry leaders like Facebook, Wal-Mart, Twitter and Google which increased ARF’s endowment by thirty percent in three years.

Prior to her role at the ARF, Gayle spent more than twenty-five years as an innovator at General Mills. In 1998 she was appointed the first officer ever of marketing research. Among historic firsts that contributed to growth for the global manufacturer, she changed the name of the function from “marketing research” to “consumer insights.” Tapping into revenue-ignition trends she altered the title again to “global consumer insights.” Considered unprecedented, she led the shift of eighty-five percent of General Mills’ research to the Internet in one year.

Gayle led the multi-national company’s investments of over $70 million dollars in venture capital into Internet research, social media research and mobile research from 1998 to 2010. Among other groundbreaking firsts, Gayle held the leadership position of Global Consumer Insights for 18 years – the longest of any executive in the industry — before leaving to seek new leadership opportunities in 2011.

In 1998, Gayle led a six-million-dollar investment for General Mills in an Internet research startup company called MarketTools. With her bold leadership advisement, General Mills became the first in the industry to invest in technology to co-create business solutions for marketers. In 1999, Gayle was appointed to the MarketTools board where she served for a dozen years. From 2005-2010, she served as MarketTools’ Chair, Governance Committee. MarketTools was later acquired by Survey Monkey and capitalized at over one billion dollars.

Among other Board of Directors’ positions Gayle served for seven years on the Iconoculture board.

In 2014 Gayle was inducted into the Market Research Council (MRC) Hall of Fame. Gayle holds a B.S. in Economics and a B.A. in Industrial Relations from the University of North Carolina at Chapel Hill. She earned her M.B.A.in Marketing Research from the University of Wisconsin in Madison. A passionate supporter of the arts, Gayle is a trustee at the Minneapolis Institute of Art and serves on the board of advisors of the Brooklyn Museum. She lives in New York City with her husband, Tom.