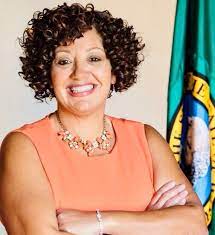 Regina Malveaux has over 20 years of experience as a tenacious advocate for women and children as a non-profit executive, victim’s services provider, community leader and policy advocate.

Regina has been a part of the YWCA movement for many of those years where she previously served as CEO of YWCA Spokane, Executive Director of YWCA South Hampton Roads, Legal Advocate at YWCA San Diego.  Through her work with the YWCA, Malveaux has established a national reputation as an aggressive advocate on issues related to gender-based violence and funding supports for families experiencing poverty.

Regina holds an undergraduate degree in Social Policy from San Diego State University, a law degree from Howard University School of Law and a certificate in Non-profit Management from the Harvard University School of Business. During law school, she worked in both the White House and in Congress, for First Lady Hillary Clinton and the Honorable Maxine Waters, respectively.

She has worked to train a new generation of advocates as an adjunct professor in Political, Women’s and African American studies at San Diego State University, the Institute for the Study of Race and Ethnicity at Old Dominion University, and Whitworth University.

Regina has served on a number of boards aimed at advancing racial justice, economic empowerment and victim safety including the San Diego NAACP, Washington State Coalition Against Domestic Violence, the Alliance for Gun Responsibility, and the YWCA USA. Regina is the mother of two adult children and currently resides in Olympia, Washington.