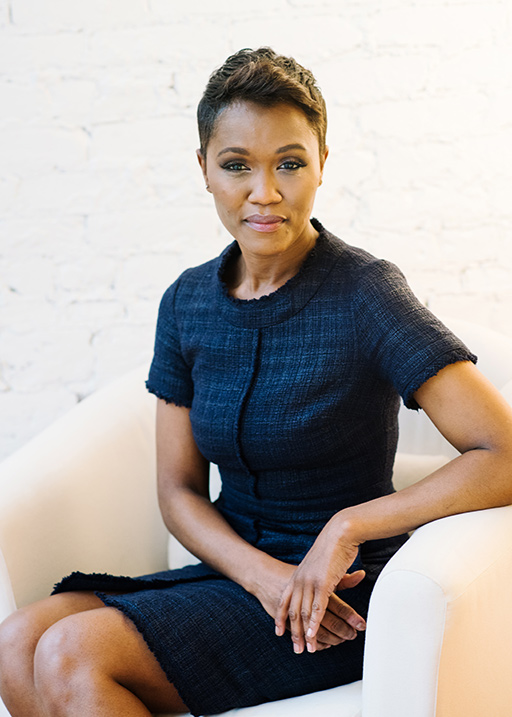 Shannon TL Isom has been the CEO of YWCA Dayton since December 2013. She is responsible for the executive and administrative leadership of YWCA Dayton, which strives to eliminate racism and empower women, and has played a pivotal role in shaping the Dayton, Ohio, region. Likewise, she is responsible for ensuring high quality outcomes, financial sustainability, organizational viability, and exceptional client service delivery. Before joining the staff, she served on the YWCA Dayton Board of Governance, including as Vice Chair and Chair of the Board.

Shannon began her professional career working for the YWCA in Columbus as a manager of a trial program in conjunction with the CDC and YWCA USA to ensure marginalized women had access to breast and cervical screenings; it is now a staple in communities in the area. With over 20 years in the health industry, she has worked for Wyeth Pharmaceuticals Women’s Health Division, Miami Valley Hospital, Premier Health Partners, and CareSource in sales, business development, systems integration, and business and clinical integration, respectively.

Shannon has had extensive post-Baccalaureate education through the Ohio State University and Wright State University Boonshoft School of Medicine, and she has a Bachelor of Science in Pre-Medicine/Biology from Spelman College in Atlanta, Ga., and an MBA in Health Care Administration from Northeastern D’Amore-McKim School of Business in Boston, Mass. Awards bestowed include: Antioch College Coretta Scott King Justice Award, DBJ Forty under 40, Leadership Dayton, DBJ 50 Most Powerful Women, WiBN Top 25 Women to Watch, and DBJ Forty Under 40 Alumni Hall of Fame.

Shannon is an active participant of her community, including numerous committees, boards and initiatives.

What drew you to serve the YWCA in this way?

“I knew, very early on and at a very young age, that I wanted to help women. At first, I thought that looked like going into medicine; but actually, where I wanted to spend my life’s work was in helping women on the fringes – poor women, and Black women in particular. YWCA found me, and recruited me, and as it came into focus, I realized it was a mission that was aligned to my life’s work, and I knew that even at 21. And, even moving through other professional spaces and eventually finding my way back to YWCA, in truth, I’ve never left.”