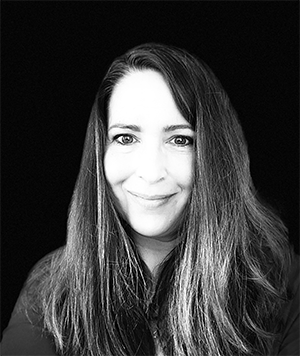 Tina Herrera is an executive leader of both technology market development and investment management, with over 25 years of experience in public and private sectors. She is currently an investment advisor, Chief Marketing Officer and Head of Client Services at Sharper Granite LLC where she is responsible for helping clients achieve their financial goals while leading education and customer focused initiatives.

Herrera began her career as a NASA engineer, conducting research and managing space life science experiments. As the internet boomed, she was recruited to develop markets for new technologies, leading teams at Cisco Systems and Juniper Networks and helping another firm go public.

Herrera received two degrees from the University of California at Berkeley – an MBA from the Haas School of Business and a Bachelor of Science in mechanical engineering. She also earned a Master of Science in engineering from UC Davis and a marketing certificate from Harvard. Additionally, she is an alumna of the Sacramento Entrepreneurship Academy and winner of their business plan competition.

Herrera serves on Philanthropic Ventures’ Donor Advised Fund Board for the YWCA of the Mid-Peninsula and has been a long-time member of YWCA Berkeley Oakland. She also serves on YWCA Chicago’s Impact Investing Advisory Council. In her hometown, she is a board member at the National Charity League where she engages in service activities with her two daughters.

Herrera has had a longstanding relationship with YWCA. Most recently, before beginning her term as board chair she served as vice chair and chaired the CEO Search Committee. She has also chaired the Investment Committee.

In the early 1990s to early 2000s, she previously served YWCA as national student president, national board secretary, and national board vice president. She has represented YWCA USA at conferences in the Philippines, Japan, Mexico, and the United Nations Earth Summit in Brazil, United Nations CSW, as well as the World Council ‘99 in Egypt. Her early involvement as a student at the University YWCA in Berkeley firmly shaped her commitment to racial justice and the empowerment of women.

What drew you to serve the YWCA in this way?
I was a freshman in college when I first got involved with the YWCA as a youth mentor. Seeing the One Imperative on the wall, to eliminate racism wherever it exists and by any means necessary, was the first time in my life where I saw one of my core values so boldly stated. I felt like I had found my home, and I have been involved with the YWCA ever since. From program volunteer to Board Chair, I have seen us make so much progress, and I am optimistic about what we can and will accomplish together in the years ahead.