Showing Up for Black Women

HomeShowing Up for Black Women
A- A A+ 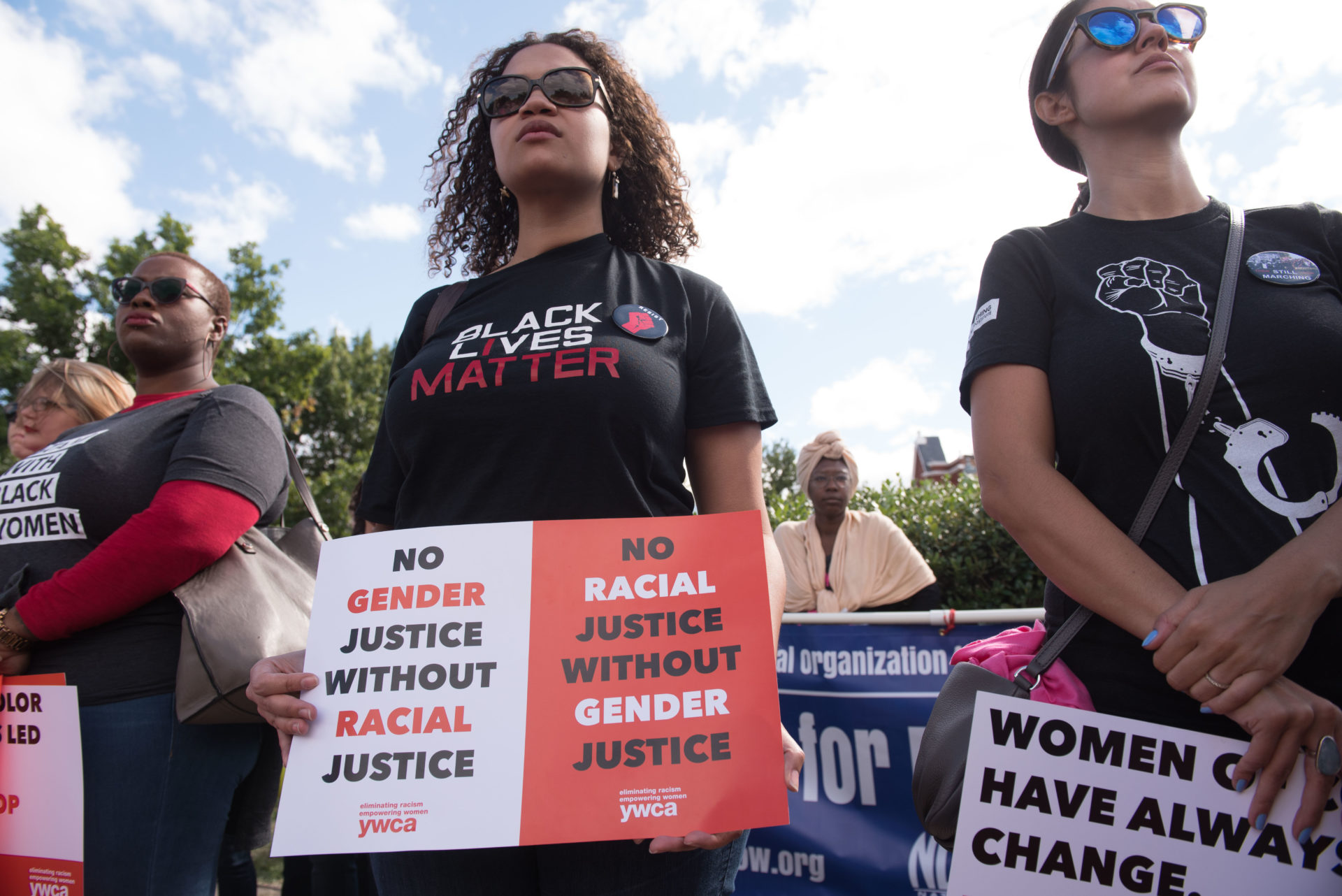 Last Saturday, YWCA USA was proud to be a sponsor of the March for Black Women and the March for Racial Justice. As our CEO, Alejandra Castillo said in her blog last week, “when women of color lead change, everyone is elevated with us.” This was certainly on display last weekend as thousands of black women, racial justice advocates, and allies took to the streets fighting for the common goal of building an intersectional racial justice movement to challenge and undo racism, white supremacy, sexism, gender oppression, anti-immigrant oppression, class inequality, Islamophobia, anti-Semitism, and the oppression of people with disabilities. Black women and people of color led the organizing of the marches, the development of the platform, and the programs at each march and throughout the day itself.

At YWCA USA, we know that not all violence is physical, visible, acknowledged, or responded to equally, especially violence against women and girls, which is why we were pleased to support and promote an organized effort to address these issues head on. As one of YWCA’s rally signs said this weekend, “we’re not new to this, we’re true to this,” and so, our Field Engagement Manager Samantha Davis and Director of Mission Impact Donte Hilliard joined the Steering Committee of the March for Racial Justice, supporting a team of dynamic co-chairs including Dorcas Davis, Maurice Cook, and Andrea Ciannavei throughout the summer, working to form a platform that addressed the issues at the root of YWCA’s mission. 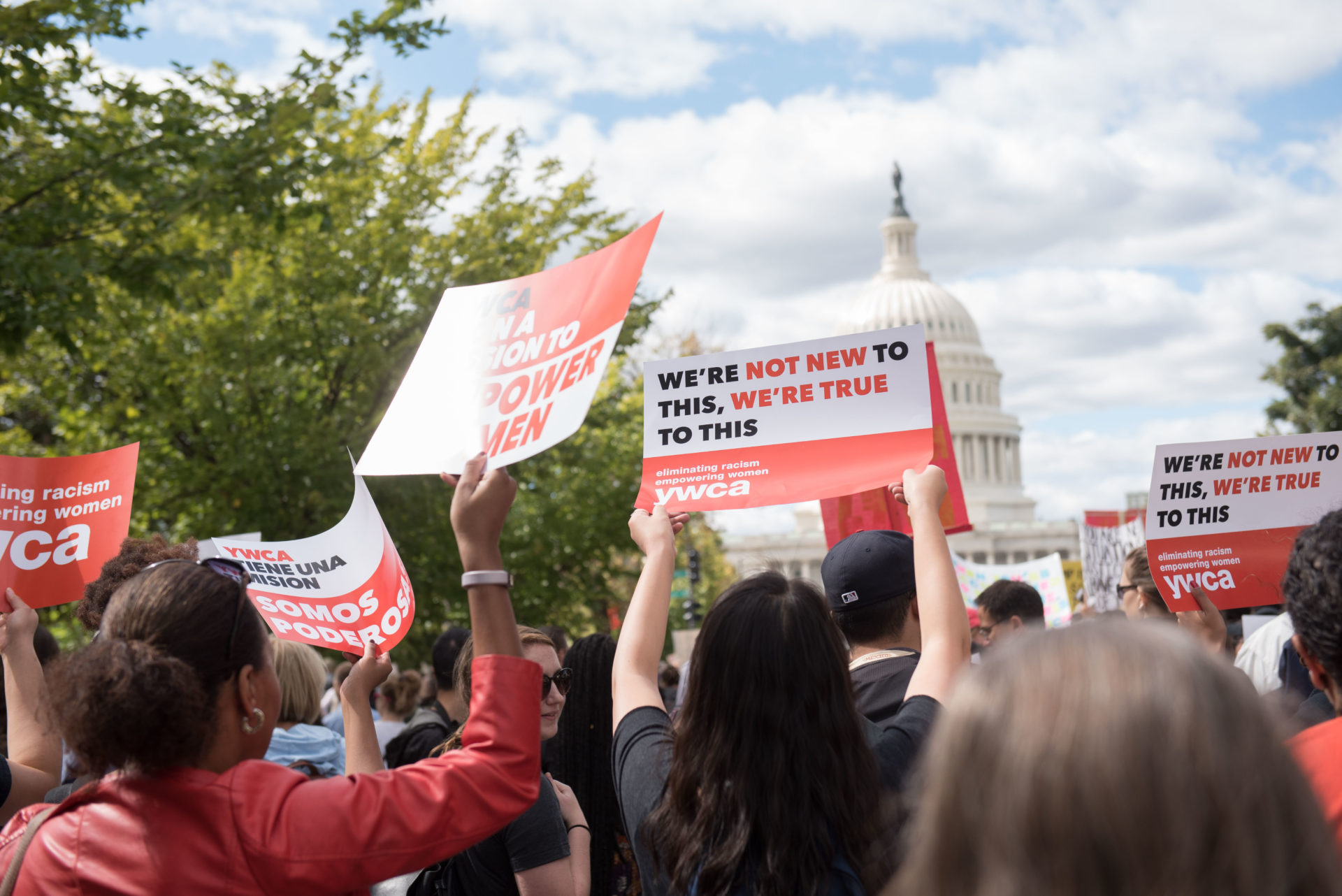 Ultimately, the platform came to consist of a broad range of intersectional issues effecting the communities YWCAs serve every day:

This platform is at the core of the mission of YWCA USA and we are deeply pleased that it centered the unique challenges of women and girls of color. YWCA USA is honored to have had the opportunity to lend our resources to support this grassroots effort, along with local associations such as YWCA Lancaster, YWCA National Capital Area, YWCA Binghamton, and YWCA Princeton. There was a strong YWCA presence not only at the national march in D.C., but at sister marches across the country.

We know that change happens on the local level and that we have responsibility to build on the power that exists within grassroots movements and to amplify the work that is taking place, and so on the day of the marches in D.C., we were pleased to show up in full force, provide water and snacks to marchers, pass out our signs, and offer support in any way we could. Prior to the marches, we even joined forces with Planned Parenthood, the National Organization for Women (National NOW), and the co-chair of the March for Racial Justice for a Facebook Live discussion, “Why We March,” to discuss the importance of engaging in these marches and to proclaim that there is no racial justice without gender justice.

It was such a beautiful, affirming, powerful sight to see streets overflow with Black women, women of color and allies chanting “Black Lives. Black Women. Trans Lives. Immigrant Lives. Matter.” As YWCA USA Public Policy and Advocacy intern Sequoia Smith wrote in her reflection on our blog earlier this week, “seeing so many Black women be unapologetically themselves was moving… Too often the stories and experiences of women of color are erased. These marches aimed to change that by being intentional about focusing on the intersection of race and gender that women of color face and live every day.”

It was gratifying and an added bonus to see YWCA signs (see some photos here), with our slogans and signature persimmon color, sprinkled all throughout the march, highlighting the fact that when it counts — whether serving the direct needs of our communities, advocating on Capitol Hill, or marching in the streets — YWCA has always been there, and will continue to be there. We will continue to show up, because until we achieve a reality in which there is true gender and racial justice, there is still work to be done. We looked forward to continuing our work and our partnership with the organizers of the March for Black Women and March for Racial Justice.

We invite you to be a part of that. There is no doubt that the fight for racial and gender justice will continue and YWCA is on a mission to eliminate racism and empower women. Take action now and stay engaged with our efforts by: