It Starts with US!

HomeIt Starts with US!
A- A A+

I stealthily slipped into the cavernous Shrine Auditorium about 20 minutes before it flooded with hordes of more than 6,000 other anxious women and girls (and some men) eager to score good seats. The auditorium was abuzz with stage hands, sound technicians, and musical talent running a sound check. The lights throughout were dimmed, with only the stage illuminated. 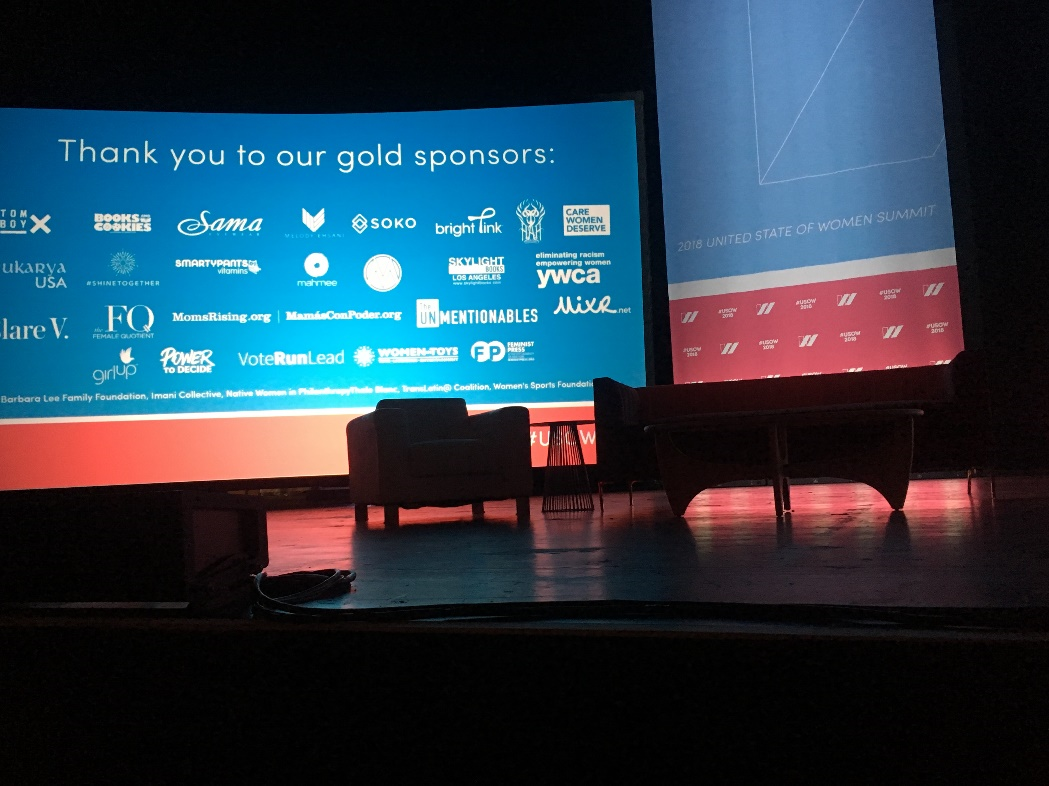 I walked down the aisle that was closest to stage right and, after boldly positioning myself front row and center, I sat down and cautiously looked around—surely, I’d be asked for credentials, or what I was doing there, or even worse: to leave.

Instead, a miracle happened: no one said anything.

Some things in life are so good they must be savored. Like the last few bites of the scoop of your favorite ice cream or the last few golden persimmon rays streaking across the evening sky during sunset on the last night of your vacation.

You just don’t want it to end.

This is how I’ve felt all week about the 2018 United State of Women Summit.

When I first learned I’d been selected to be a YWCA USA delegate at the 2018 United State of Women Summit in Los Angeles, I was over-the-moon excited. I looked forward to connecting with women from all over the United States (and the world—I made a new friend who’d flown in from London to attend!). And although I wasn’t exactly sure of what to expect, I knew that I would come out on the other side of the summit energized and more committed to the work I do each and every day at YWCA Greater Cincinnati.

The experience did not disappoint. During the two-day summit, with more than 350 powerful speakers (including Michelle Obama, Tracee Ellis Ross, Sophia Bush, Jane Fonda, Yara Shahidi, Elaine Welteroth, Kamala Harris, Patrisse Cullors and others) used their voices to speak out on numerous issues including sexual assault and violence, racial injustice, civic engagement, and gender (in)equity and equality.

If I recounted every powerful moment, this post would endlessly go on and on. Instead, I’ll highlight three of my favorite quotes from the summit: 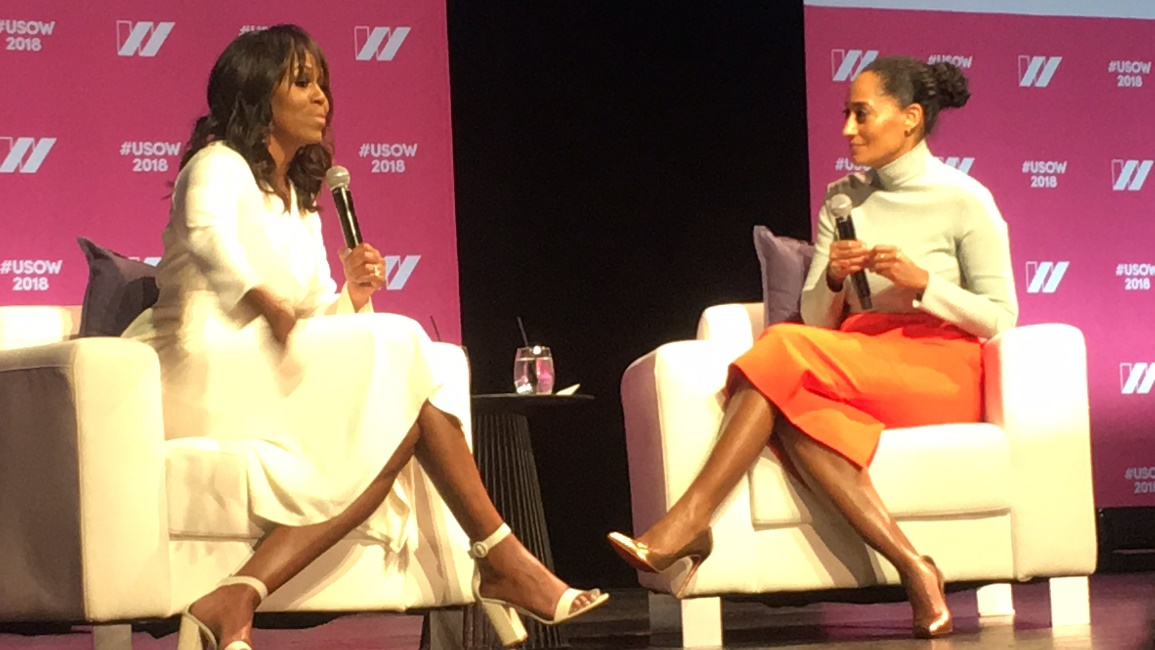 Former First Lady Michelle Obama on what we need to do to uplift upcoming generations:

“So many of us have gotten ourselves at the table, but we’re still too grateful to be at the table to really shake it up. That’s not a criticism, because for so many, just getting to the table was so hard, so you’re just holding on. But now we’ve got to take some risks for our girls… Just holding onto our seats at the table won’t be enough to help our girls be all that they can be.”

Senator Kamala Harris on being the only woman or the only “other” in the room:

“Most of us have been in situations…where we are the only one that looks like us. I want everyone to look around the room and see the numbers, and remember that when you are in that room, we are in the room with you.” 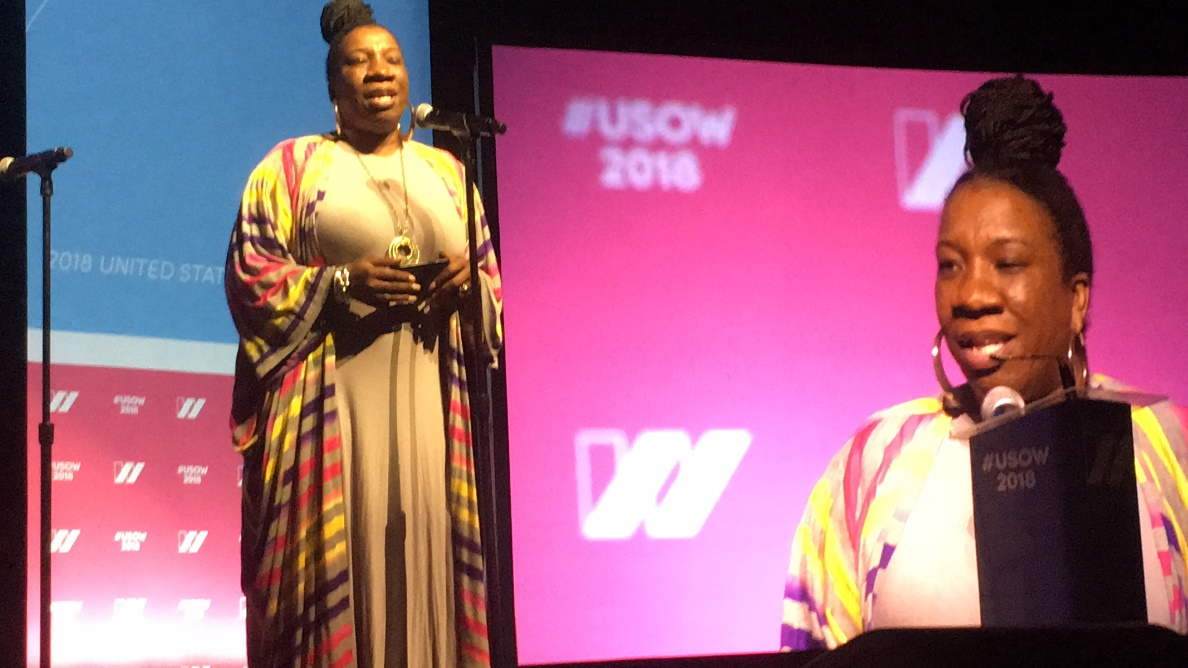 #MeToo Founder Tarana Burke on the importance of living full lives while working toward gender equality:

“The work is going to be here, but being alive, you living and thriving, that’s how you speak truth to power… If you don’t campaign, if you don’t join nothing, if you don’t volunteer nowhere, I want you to live—and let your living, your existence, be resistance.”

On the heels of the summit, I am moved to build a better future for women and girls in the United States and in my community to support our movement for women’s social justice. In the weeks following the summit, I plan to apply to be a United State of Women Ambassador to run USOW organizing projects in my community. And I will continue to work and spread the message that was woven throughout the summit—and that message was clear: it starts with you. It starts with me. It starts with us, united.