Building A World Of Gender Justice

HomeBuilding A World Of Gender Justice
A- A A+

In the latest episode of “Organize Your Butterflies,” YWCA USA CEO Alejandra Y. Castillo sits down for an engaging conversation with advocate, organizer, and attorney, Mónica Ramirez. During this interview, they discuss the fight to end gender-based violence and promote gender justice, and Mónica shares her story and legacy as the daughter and granddaughter or migrant farmworkers, who taught her that every person has value and is important. Mónica talks about her determination to uplift communities and build power, how she ended up creating her dream job, and her belief that by focusing on what is right, we can build the world of our dream – of world that is just, equal, and free from gender-based violence.

Mónica, a recognized expert on gender equity and workplace sexual violence against farmworker and immigrant women, gained national attention in 2018 when, at the height of media coverage of the #MeToo movement, she wrote a Dear Sisters letter to the entertainment industry on behalf of Alianza Nacional de Campesinas, lifting up the voices of farmworker women. This was credited with being pivotal to sparking the formation of the TIME’S UP movement and Legal Defense Fund, and signaled an important cultural shift towards centering the voices of women who are often marginalized in the conversations around workplace discrimination and abuse. 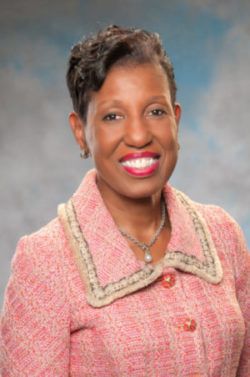 Sharon K. Roberson, President and CEO of YWCA Nashville & Middle Tennessee, talks with YWCA USA CEO Alejandra Y. Castillo about the organization’s AMEND Together program, which aims to change culture by engaging and educating boys and men on healthy masculinity, respect, and violence prevention. YWCA Nashville & Middle Tennessee is hosting the first-ever national conference on violence against women and healthy masculinity on September 9-10 in Nashville, bringing together business, civic, nonprofit, faith, and athletic leaders to talk about these issues, changing culture, sexual assault and harassment prevention, and Title IX.