HomeCivic Engagement: A Tool For Lasting Change
A- A A+

This episode of Organize Your Butterflies features a conversation between YWCA USA CEO Alejandra Y. Castillo and Melanie Campbell, 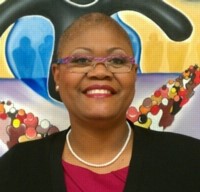 Presidentand CEO of the National Coalition on Black Civic Participation and convener of the Black Women’s Roundtable Public Policy Network. Discussion topics include: the role of Black women in the 2020 election, forming coalitions of between different groups of marginalized women, and what inspires her as a leader to keep on advocating for change. YWCA of Central Alabama is this episode’s featured spotlight, and Alejandra talks with CEO Dr. LaRhonda Magras on her first 30 days in this position, what motivates her, and what she’s looking forward to as she begins her role leading this distinct association for women and girls. Dr. Magras joins YWCA of Central Alabama from sister association YWCA Nashville and Middle Tennessee where she served as the Senior Vice President of Program Operations.