Conversations surrounding the state of our union often paint the picture of a country divided. Our national survey of women and women of color across the United States suggests otherwise. Here’s what we learned about how women will shape the 2020 election. Spoiler alert: we’re together. 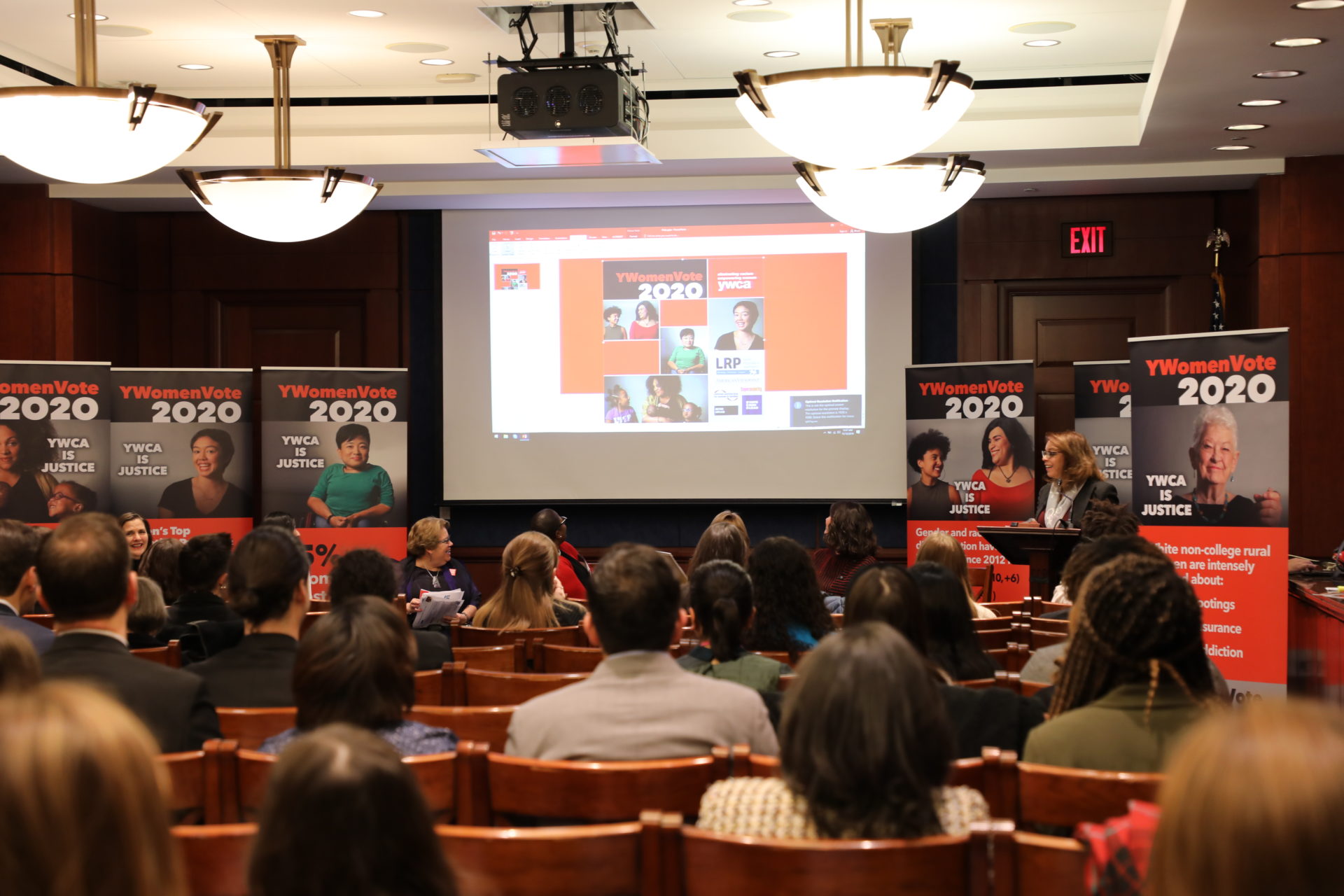 In our national survey, YWomenVote 2020, we found that women and women of color across the country are overwhelmingly motivated to vote.  This survey was conducted in a non-partisan   way with the help of a Democratic and Republican pollster. Contrary to popular belief that the country is very divided politically, we found that not only are women united on the issues regardless of their demographics; women are enthusiastic about voting; and women expect leaders to take action to address issues that directly impact them.

Today on Capitol Hill, we launched our YWomenVote 2020 campaign, sharing the results of our survey with Democratic and Republican senators and representatives from across the country, leaders from partner organizations, and other influential women. Women were engaged in a robust dialogue about our key findings and implications for the 2020 election.

The YWomenVote2020 survey found that America’s women are very enthusiastic to vote in 2020, with 85% of respondents indicating they were “almost certain” to vote in the 2020 election, and 78% believe the election will have a big impact on themselves and their families.

Key Finding #2: Women are United Regardless of Demographics 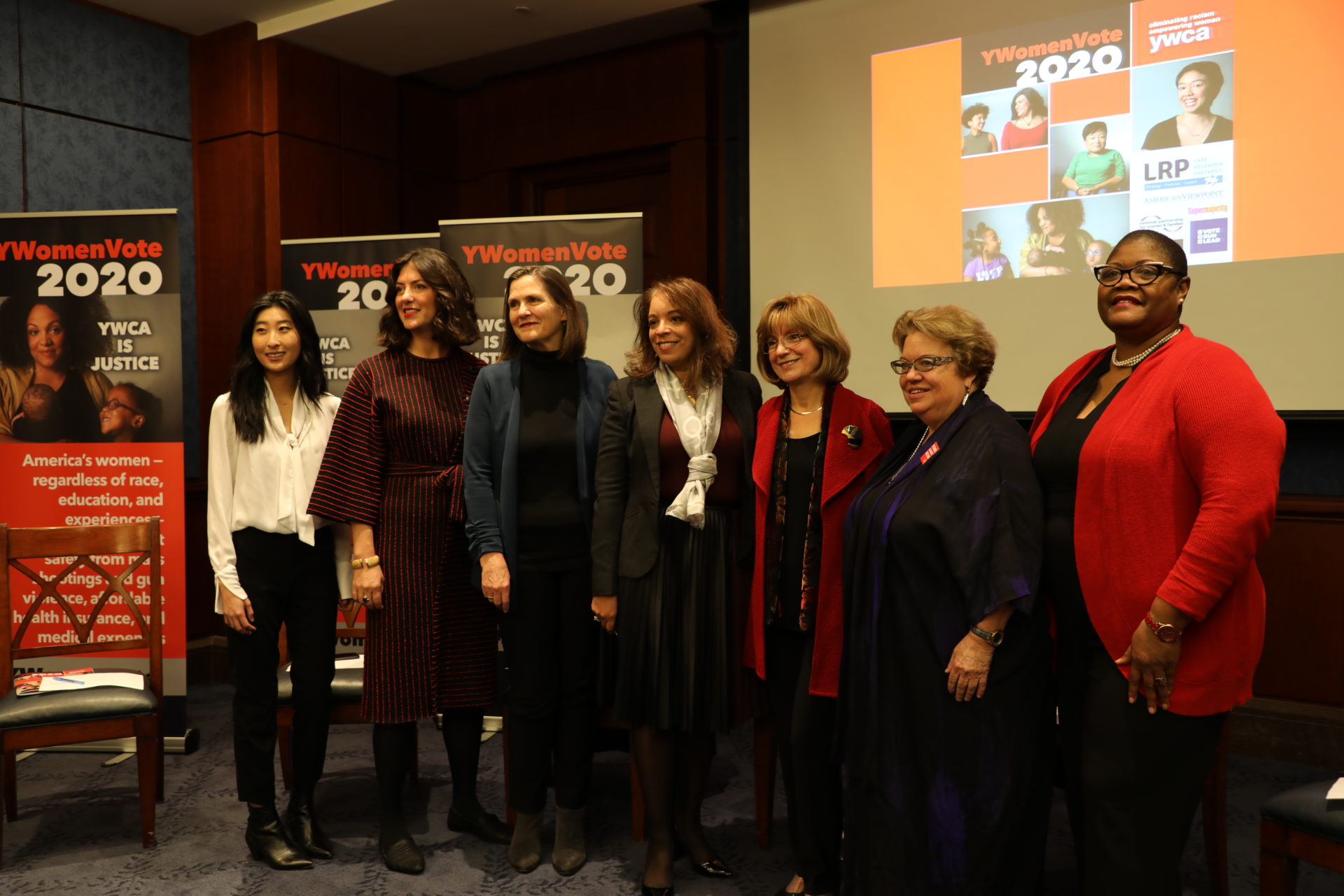 Despite our country’s political divisions, America’s women are united across race, ethnicity, age and political affiliation. At work, women want stronger anti-harassment policies, equal pay, and paid family leave; in their communities, women want increased access to mental health services and to address gun violence; and at home, women want better healthcare coverage for themselves and their families.

Women expect leaders to take action to protect against sexual harassment, sexual discrimination, and domestic and sexual violence. These are priorities that women expect Congress and the next administration to address.

Women have a lot to celebrate in 2020 with the commemoration of the 100th anniversary of the 19th Amendment and the 55th anniversary of the Voting Rights Act of 1965.  Women also understand that the road ahead will require a renewed level of civic engagement and participation at every level.  YWCA will ensure that the voices of all women are at the forefront of policy decisions. 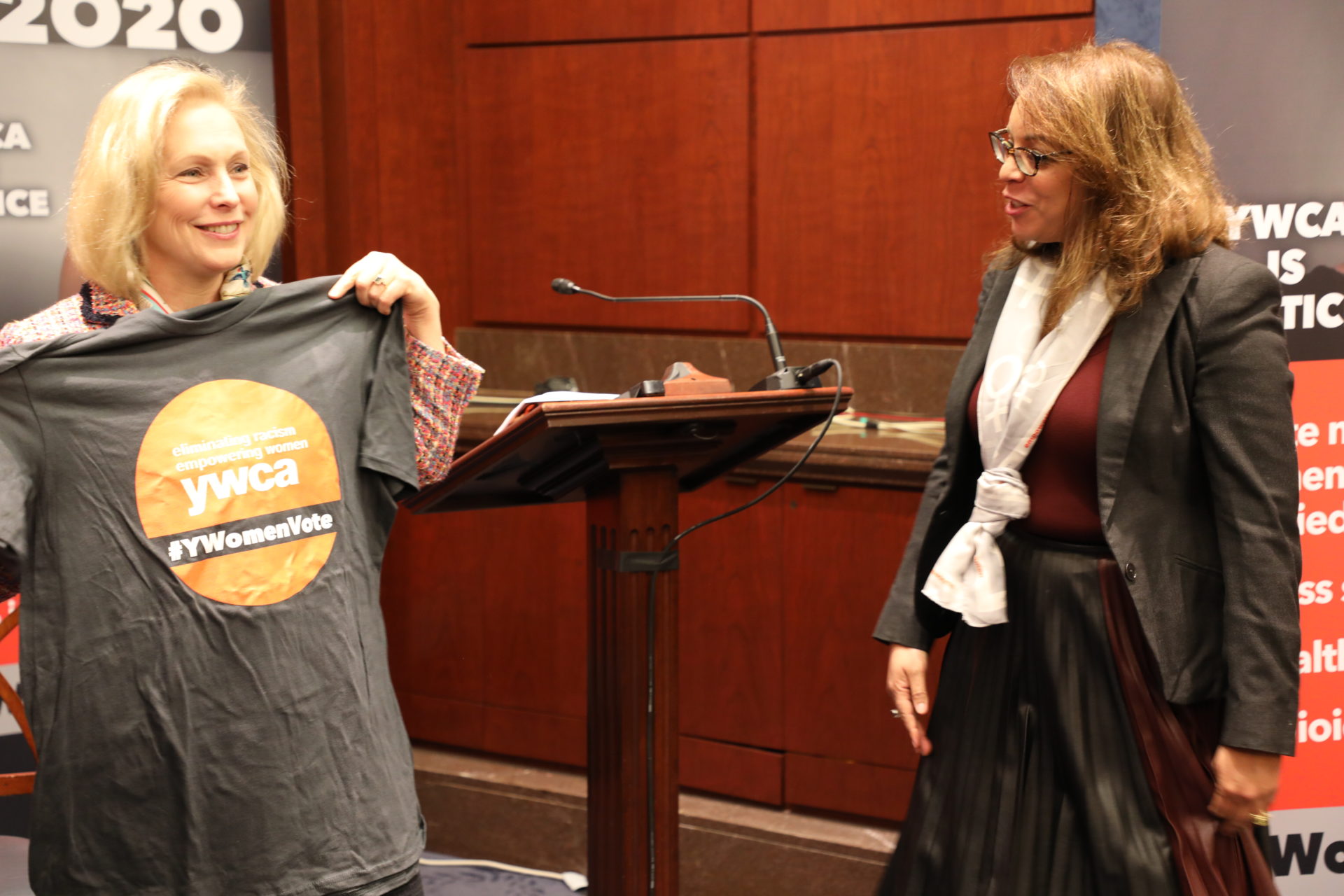 As part of our effort to empower and engage women across America, and building on the findings of YWomenVote 2020, YWCA is planning its largest-ever civic engagement program in 2020.  Through YWCA’s national network of 200+ associations, we are embarking on a comprehensive civic engagement and civic participation effort.  We aim to engage 10 million women through nonpartisan voter registration and mobilization; connecting women to the Census to ensure that all women and their families are counted; issue education; advocacy; and women’s leadership development.

YWomenVote 2020 is YWCA’s third national survey (2018, 2012) and provides a comprehensive look at the economic, health, safety, and caregiving concerns and priorities for women across the United States.  Our survey frames a clear women’s agenda and outlines what women in America are most concerned about in order to eliminate racism, strengthen communities, and protect our democracy.

We believe that the data is informative and serves as an important roadmap for thought-leaders, policymakers, and political candidates. At YWCA, we are eliminating racism and empowering women. We will get up and do this work until injustice is rooted out, until institutions are transformed, until the world sees women, girls, and people of color the way we do: Equal. Powerful. Unstoppable.