League of Women Voters and YWCA: Our Work Continues to be United

HomeLeague of Women Voters and YWCA: Our Work Continues to be United
A- A A+ 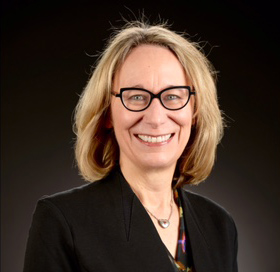 How do we measure the prominence of women raising their voices?  Let me count the ways. For as long as I remember, I have a great and personal passion for helping people in my community and creating a society where women have a voice that is just as strong as their counterparts.  As a result, it was a very natural fit for me to become involved with both the League of Women Voters and the YWCA.

You might ask, what the is League of Woman Voters? 100 years ago, the League of Women Voters formed as the ratification of the 19th amendment giving women the right to vote was about to pass. They joined the YWCA and other organizations that were at the forefront of justice for women. As women across the country celebrate and reflect on the progress over the last 100 years, let’s also focus on our roles for the next 100 years.

On February 14, 1920, Carrie Chapman Catt founded the League of Women Voters in Chicago, Illinois, just six months before the 19th amendment was ratified and women won the right to vote. Formed by the suffragists of the National American Woman Suffrage Association, the League began as a “mighty political experiment” designed to help 20 million women carry out their new responsibilities as voters.

YWCA and the League have a long history of working to support women in the communities they serve and share in the effort to ensure women’s voices are heard at the ballot box through grassroots and civic engagement initiatives through over 200 YWCA local associations and over 700 local and state leagues.

As the current president of the League of Women Voters of McLean County in Bloomington, Illinois, and as the Vice President of Member Services of YWCA USA, I see the two organizations continuing to have opportunities that build upon our collective power nationally and collaboratively in our local communities. In McLean County, our League kicked off 2020 with a showing of “Ironed Jawed Angels,” the powerful story of Alice Paul and other suffragists who worked to get women the right to vote, at a local theatre. In March, the two organizations will partner with the McLean County Museum of History to host a community conversation on “Who has the Power to be Heard?” focused on the political power of women.

We know that women have the power. We recently launched the YWomenVote road tour, that engaged with women in their communities on healthcare, gender-based violence, workplace equity, racial justice, and other priorities for women found in our YWomenVote 2020 survey results to ensure that women’s voices are heard in the 2020 election.

As we celebrate the centennial of the 19th amendment and the founding of the League, we recognize that the right to vote was a monumental step toward empowering women and other values that are central to the missions of both organizations. However, the power structures built on the assumption that women, and especially women of color, would be forever excluded from the political process remain rigidly in place. In this country and around the world, people refuse to acknowledge the forces and systems that work against women. People continue to fight over what it means for women to have political power, or whether they truly have it.

Women in our country have had the right to vote for 100 years now. The work for the YWCA and the League of Women Voters for the next 100 years must continue to focus on equity for women to ensure that women continue to be the driving force for our democracy.