The Rising Tide of Racial Consciousness

HomeThe Rising Tide of Racial Consciousness
A- A A+ 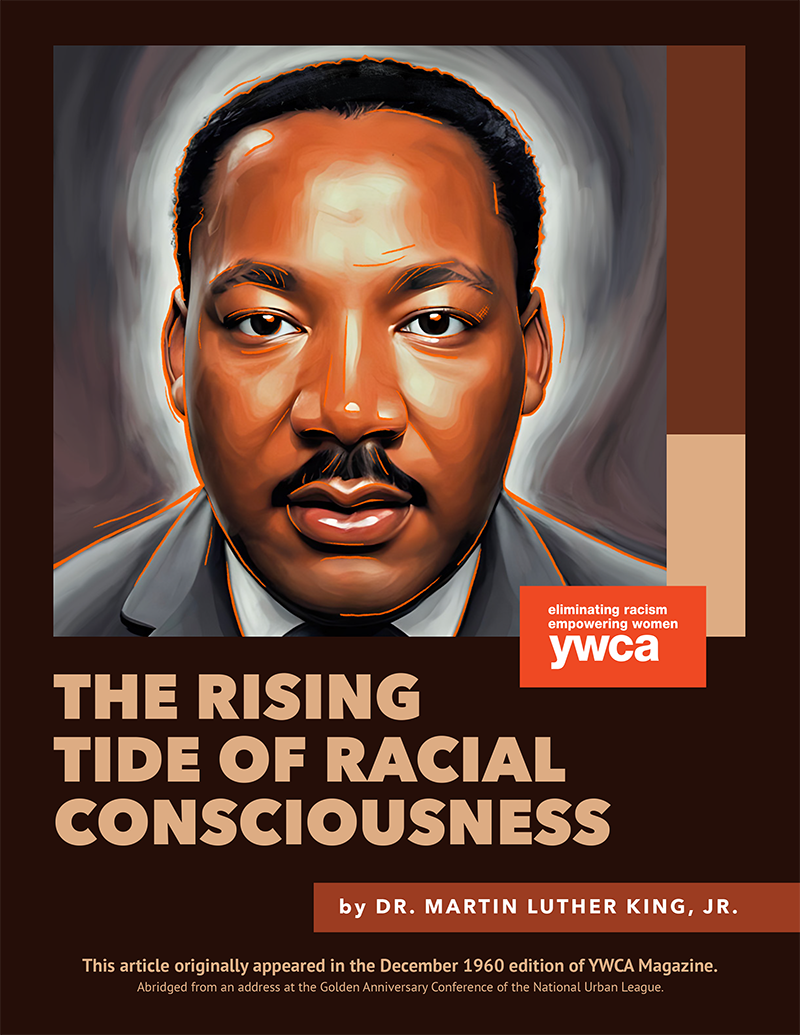 We are proud to rerelease “The Rising Tide of Racial Consciousness” by Dr. Martin Luther King Jr., originally published in the December 1960 issue of YWCA Magazine. The eloquence and booming veracity in his written words jump off the pages with the same strength he demonstrated in public, and they reverberate just as powerfully today: “Injustice anywhere is a threat to justice everywhere. Therefore, no American can afford to be apathetic about the problem of racial justice.”

This article, written at the height of the civil rights movement, represents a time in history during which Martin Luther King Jr. and other giants in the movement toward racial justice called for desegregation and equal rights. Due to the work of these incredible changemakers and movement builders, society has come a long way, yet work remains for racial justice, and YWCA stands at the forefront of the movement to eliminate racism and create a more just and equitable world.

The work toward racial justice is far from new for YWCA. Pioneering women such as Dr. Dorothy Height, who worked alongside Dr. King to bring progressive ideals of racial justice to reality, worked tirelessly to desegregate YWCA and led the charge toward a more diverse organization. As YWCA USA moves forward toward a world of racial justice and equity, we look to our siblings in the movement who paved the way and whose work demonstrates for us that the work we do makes a difference, and that true racial justice is possible. We will continue to march ahead until justice just is.